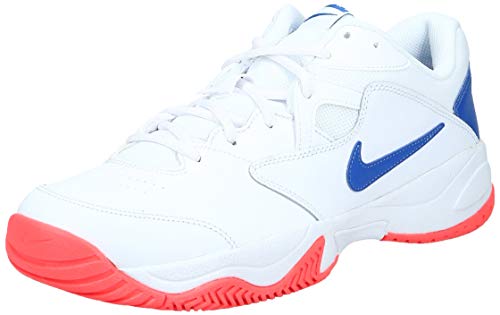 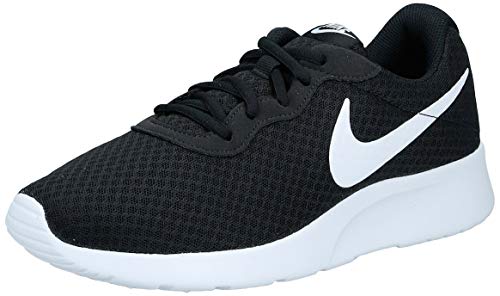 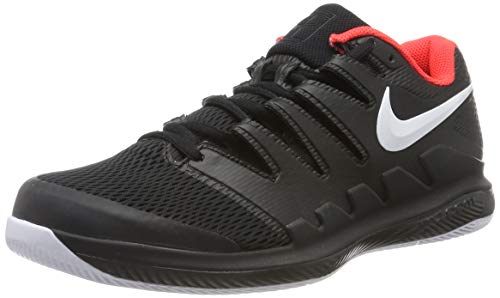 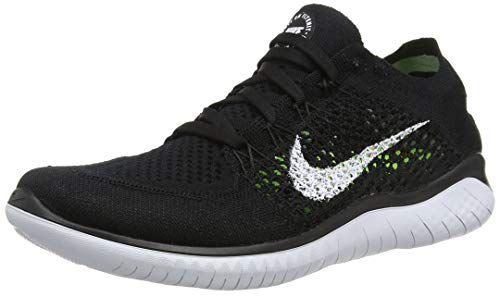 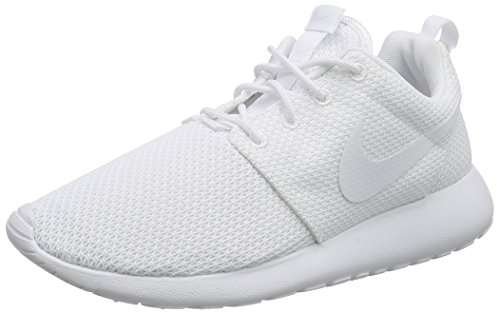 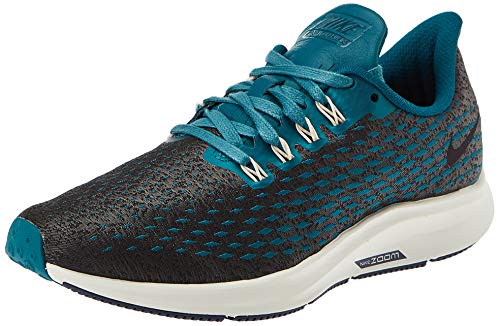 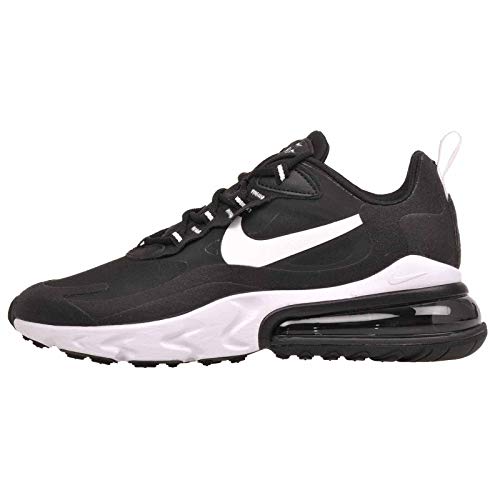 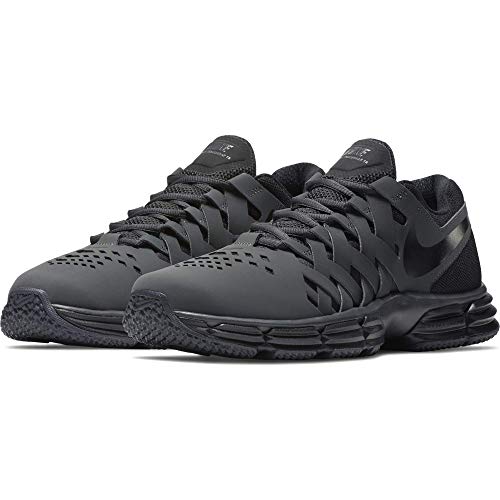 I realize that Serena Williams is possibly the most athletically gifted female to ever play the games of tennis. I also know that, when healthy and movivated - which seems to be a huge problem these days - Williams can beat any female on the planet.

I realize that Serena Williams is possibly the most athletically gifted female to ever play the games of tennis. I also know that, when healthy and movivated - which seems to be a huge problem these days - Williams can beat any female on the planet - and probably some men too.

However, as I wrote in a column earlier this year (You Go Girl) in response to tennis great, Chris Evert's publicly calling Williams out for her lack of desire to play tennis, I had to agree with Evert on the fact that Williams, could have - and should have - gone down in history as the greatest female tennis player of all-time.

While it looks as though that may never be the case, Williams has still managed to compile a career record that others only dream of.

Williams was born in Saginaw, Michigan. Eventually, the family moved to the Los Angeles and when she and her four sisters were young, their parents, Richard and Oracene (also called Brandy), took them to the poor and sometimes violent Los Angeles suburb of Compton. Her father dreamed of making at least one of his daughters a tennis superstar, hoping that involvement in sports would give them a way out of that neighborhood.

When Williams was four and a half, she won her first tournament. She entered 49 tournaments before the age of 10, winning 46 of them and at one point, replaced her sister Venus as the number one ranked tennis player aged 12 or under in California.

In 1991, Richard Williams, saying that he hoped to prevent his daughters from facing racism, stopped sending them to national junior tennis tournaments, and Serena attended a tennis school run by professional player Rick Macci instead. Macci had already helped the careers of Jennifer Capriati and Mary Pierce, among others.

Soon thereafter, Richard, who had struck a deal on behalf of his daughters with a major clothing company, was able to move the rest of the Williams to West Palm Beach, to be near Serena and Venus.
Williams turned professional in September of 1995 at the age of 14. Because of her age however, she had to participate in non-WTA events at first. Her first professional event was the Bell Challenge in Quebec, and she was ousted in less than an hour of play.

By 1997, ranked number 304 in the world, she upset both Monica Seles and Mary Pierce at the Ameritech Open in Chicago, Illinois, recording her first career wins over top 10 players. She finished 1997 in the top 100 at number 99.
1998 was the first year Williams finished in the WTA top 20. She began the season in Sydney as a qualifier, ranked no. 96, and beat world no. 3 Lindsay Davenport, in the quarterfinal. Williams, with her top 20 ranking, was then expected to do well in her first Grand Slam tournament, but she lost in the second round of the Australian Open to sister Venus.

Williams won her first pro title in doubles with sister Venus becoming the third pair of sisters to win a WTA tour women's doubles title. She earned 2.6 million dollars overall during the season.
In 1999, Williams was ranked number 21, and she and her sister Venus had become celebrities. She defeated Amélie Mauresmo in a final the same day that Venus won in Oklahoma City, marking first time in professional tennis history that two sisters had won titles in the same week.

Ranked number 21, she defeated 3 top 10 players, world number 2, Lindsay Davenport, in the second round, world number 8, Mary Pierce, in the quarterfinal, and world number 7, Steffi Graf, in the final at Indian Wells.
Williams instantly became the focus of many ad campaigns, including one with shoe and clothes maker PUMA, which signed her to a $12 million agreement.

On September 11, 1999, Serena won her first Grand Slam tournament - the U.S. Open - and became the first African-American woman to win a Grand Slam tournament since Althea Gibson way back in 1958. The next day, she and sister Venus won the doubles championship at the same tournament. She finished 1999 ranked no. 4 in just her third full season.
In 2000, Williams won the doubles gold medal at the Olympics with her sister Venus. 2001 was the third consecutive year in which she finished in the top 10 reaching her first Grand Slam singles final in two years.

In 2002, she won the French Open, Wimbledon, and the US Open and finished the year with a 56-5 record and 8 titles, becoming the most dominant female in tennis at the time.
In 2003, Williams beat her sister Venus to win the Australian Open in 2003, her fourth straight Grand Slam singles title, becoming only the ninth woman ever to win all four Grand Slam events.

The title "Serena Slam" was bestowed by Williams on her accomplishment and then picked up by the media. This was only the sixth time a woman has held all four of tennis' major championships within 12 months. This accomplishment was also remarkable in that Serena had to beat her sister each time. The Williams siblings are the only two women in Grand Slam history to square off in four consecutive finals.

At the French Open in June 2003, for the first time since January 2002, the Grand Slam final did not read Williams-Williams Venus lost to Vera Zvonareva in the fourth round of the French Open. Amid boos and catcalls, Serena lost to Justine Henin-Hardenne of Belgium in an acrimonious and controversial semi-final match. With Serena leading 4-2 at 15-love, she hit her first serve into the net. Henin-Hardenne had raised her hand during Serena's serve motion to indicate to hold the serve, but the chair umpire incorrectly ruled that Serena should be allowed only a second serve. The crowd then booed and hissed, continuing throughout during Williams' service motion. Serena went on to lose the game and eventually the match. In her post-match interview, Serena expressed disappointment in Henin-Hardenne's behavior during the third set incident.

Later in 2003, Williams' older sister, Yetunde Price, was murdered by gunshots as she passed by in a car driven by a man in the Compton area

Serena withdrew from Australian Open 2004 to continue rehabilitating her left knee. She reached the final of Wimbledon once again, but lost to the 17-year-old Russian player Maria Sharapova. The injury also forced her to pull out of the 2004 Summer Olympics.

This is around the time that an immensely swirling controversy has arisen over Williams's level of dedication to the sport. Some believe (like myslef) that she is far too concerned with her fashion and acting careers and has not focused enough recently on her tennis.

Disappointing performances during 2004 have been cited as proof of this lack of focus. However, in 2005, she won her seventh Grand Slam event, winning the Australian Open while defeating three of the tournament's top 4 seeds, numbetr 2, Amélie Mauresmo, number 4, Maria Sharapova, and number 1 Lindsay Davenport, en route to the title.

Her participation in Wimbledon 2005 ended in the third round when she was beaten by fellow American Jill Craybas. Serena broke down in tears in the subsequent press conference. She had come into the tournament with a stress fracture in her ankle, a severe lack of conditioning and had not played a competitive match for six weeks, missing the French Open.
As Serena slumped in the tournament, Venus progressed, defeating top-seeded Lindsay Davenport in the 2005 Wimbledon final. Venus stated later that she had emulated Serena's never-say-die spirit, and this attitude had led to her Wimbledon victory.

At the 2005 U.S. Open, Williams made it through the first three rounds, but was defeated by her sister Venus in the fourth round, 7-6, 6-2. This was the earliest that the two sisters had met in a grand slam since the 1999 Australian Open, due to their low seeds. Serena then was forced to take a break for the rest of 2005 because of ankle and knee injuries.
In early 2020, in her preparation for the Australian Open, Williams arrived in Australia noticeably heavier than her reported weight and attracted media attention for her significant bulk first evidenced at Wimbledon the previous June.
Williams went into the Australian Open with no warm-up tournaments or exhibitions due to injury, except for an alarming 6-3 6-1 loss to Elena Dementieva at the Watsons Water Challenge in Hong Kong, against whom she had held a flawless 4-0 record up until 2004.

Serena was the defending champion at the Australian Open but failed to defend her title after falling to Daniela Hantuchova in the third round. Her early exit provoked media reports that Williams had lost her enthusiasm for the sport, which she denied. She then fell out of the top 50 for the first time in many years.

She then pulled out of the Proximus Diamond Games in Antwerp and the Dubai Duty Free Women's Open, questioning her commitment to the game. The withdrawals continued with the Nasdaq 100 Open dropping Serena outside the top 60 women's tennis players.

This fall from grace brought concerns that Serena's competitiveness in the world of tennis might be over at the age of 24.
After withdrawing from the Charleston, South Carolina Family Circle Cup, Williams fell out of the top-100 players in the world for the first time in almost a decade. Shortly after, on May 3, she announced that she would miss both the French Open and Wimbledon as a result of her nagging chronic knee injury. She revealed that she would not be able to compete before "the end of the summer," on doctors' orders.

However, Williams made a return to the game earlier than expected, accepting wildcards into events in Cincinnati (Western and Southern Financial Group Women's Open) and San Diego (Acura Classic.) She admitted that her six-month break from competitive tennis was as much for a "mental break" as for urgent rehabilitation for her knee injury.

Ranked No. 139 due to her inactivity, Williams was handed a tough draw but on July 18 made a successful comeback by defeating the tournament number 2 seed and number 11-ranked Anastasia Myskina 6-2 6-2 in under an hour. It brought back memories for Serena's fans because she simply out-muscled the 2004 French Open champion.

As the upcoming 2020 U.S. Open quickly approaches, it sertainly is going to be interesting to see how well Williams does. If she is anywhere near the form that helped her win seven Grand Slams, then the rest of the field could be in trouble.

Although, I am leaning towards Williams making a decent appearance and bowing out gracefully in either the quarterfinals or semis, one thing I have learned is to never count out Serena Williams. 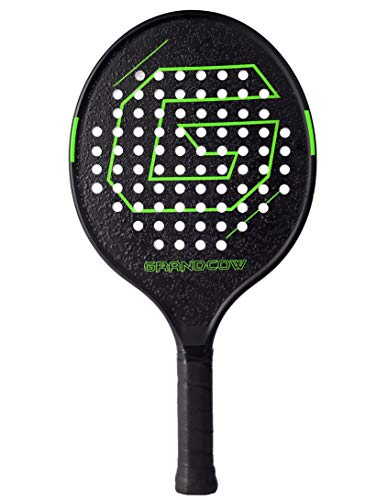 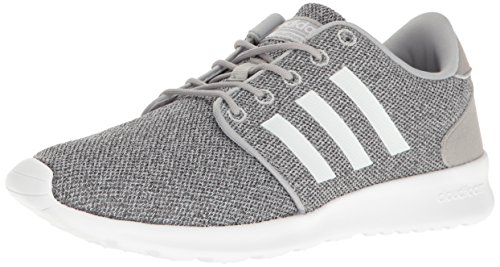